10 Most Remote National Parks — And How to Visit…

These parks are remote, which keeps the number of travelers to a minimum. However, they boast magnificent — and untrammeled — scenic beauty.

Amid COVID-19, Americans are flocking to the relative safety of the outdoors. Recreating in national parks delivers fresh air, stunning natural surrounds, physical exercise, and stress relief. However, as the flag went up for summer outdoor recreation over Memorial Day weekend, visitors flooded park viewpoints, trails, and shuttles, making maintaining social distance impossible even in the great outdoors. The National Park System oversees 62 parks, so there are plenty of places to explore beyond the Great Smoky Mountains, Grand Canyon, and Yosemite. Here are 10 of the least visited national parks. Don’t confuse a lack of visitors with a lack of merit. These parks are remote, which keeps the number of travelers to a minimum. However, they boast magnificent — and untrammeled — scenic beauty.

This park’s name is no misnomer: It hugs the Arctic Circle in Alaska’s northern reaches. The 8.4 million acres here offer natural splendor largely untouched by humans, with no roads, trails, or established campsites. This is the domain of enormous herds of caribou, musk ox, moose, wolves, and grizzly bears. Only the most rugged explorers, who have solid outdoor survival skills, should venture here. However, a stable of outfitters, guide services, and air taxi operators, who offer flight-seeing trips, can ease the challenges of your expedition. Alaska’s Kobuk Valley, Lake Clark, Wrangell-St. Elias, Katmai, and Kenai Fjords also rank among the country’s most far-flung and least visited parks. Take note of Alaska’s COVID-19 travel restrictions before booking your flight. 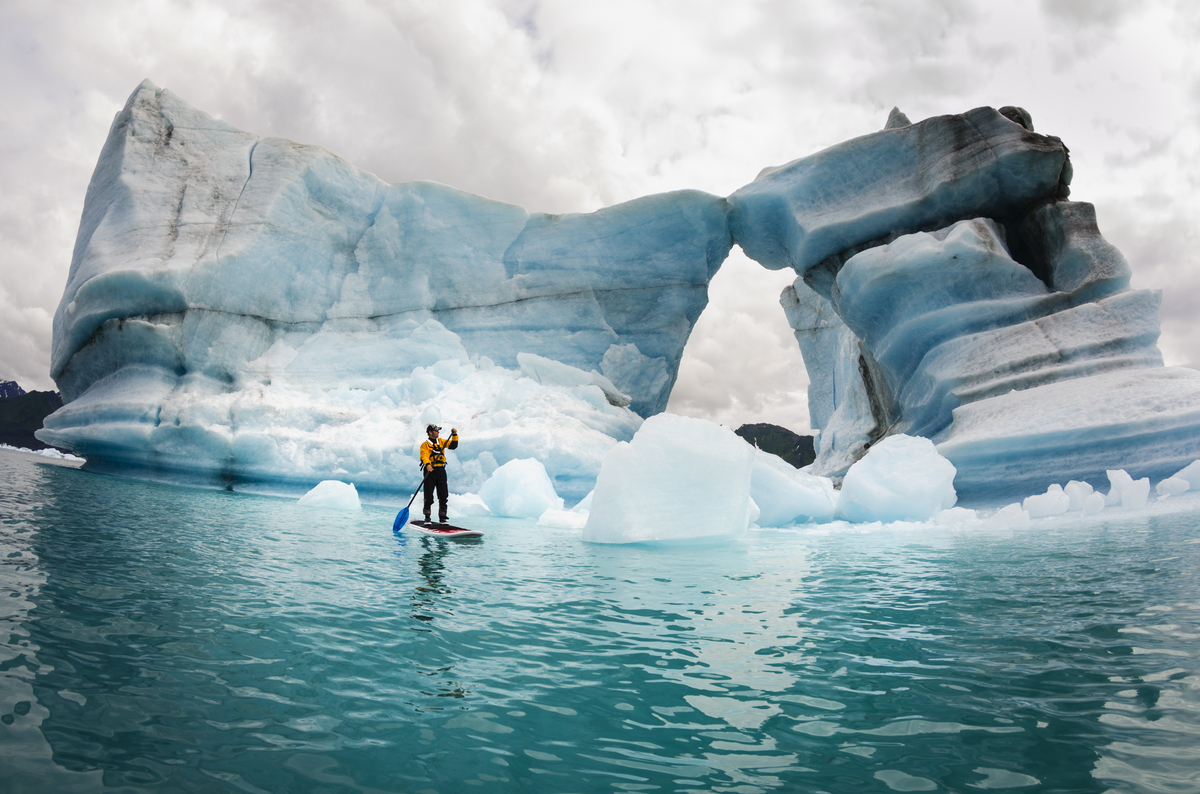 The centerpiece of Isle Royale is its eponymous 45-mile long island. Hiking the 165 miles of trails there is only an appetizer: The park also includes 400 smaller islands and some 80 percent of it lies underwater. There’s plenty of territory to explore both for trekkers and scuba divers, kayakers, canoers, and anglers. Wildlife watchers will find plenty of sights here, too. From the heavily forested shoreline, visitors may spot eagle or osprey. Although they’re harder to spot, an isolated species of wolves roams here, too. Isle Royale’s ecology is so unique it doubles as an International Biosphere Reserve.

Travelers don’t have to venture to Alaska or Patagonia to see epic glaciers. North Cascades has the highest number in the lower 48 states with some 300 clinging to craggy peaks here. In less than a three-hour drive from Seattle, visitors will find a vast wilderness of glacier-carved crevasses and crisp turquoise lakes (such as Diablo and Ross, two of the park’s most popular). Around 400 miles of trails ribbon through forested valleys, trace ridges, and ascend spires. For an alternative to all that trekking, travelers drive the North Cascades Highway, which offers picturesque views from early May to late November.

Set more than 2,600 miles southwest of Hawai’i, this national park earns the distinction as the southernmost in the U.S. and one of the most remote. Getting there pays dividends with a South Pacific paradise spread across three islands — Tutuila, Ta’ū, and Ofu — and some 4,000 underwater acres. Fruit bats, which frequent the island rainforests, and the Indo-Pacific coral reefs, which have more than 950 species of fish, are two top attractions. The chance to experience the 3,000-year-old Samoan culture is also reason to make the journey.

The Dry Tortugas are a much-sought-after place to escape in the Florida Keys. A collection of seven islands 70 miles west of Key West, the Dry Tortugas are as well known for scenic beauty as pirate lore. The isles are only accessible via boat or plane, so they’re one of the most secluded units in the national park system. The park protects 100-square-miles of sandy shores, shoals, and ocean waters. In those ocean depths, visitors will find coral and seagrass communities that rank among the Keys’ best. Here, shipwrecks are just as common as marine life. Garden Key, home to the massive Fort Jefferson, is often the jumping off point for park visits. 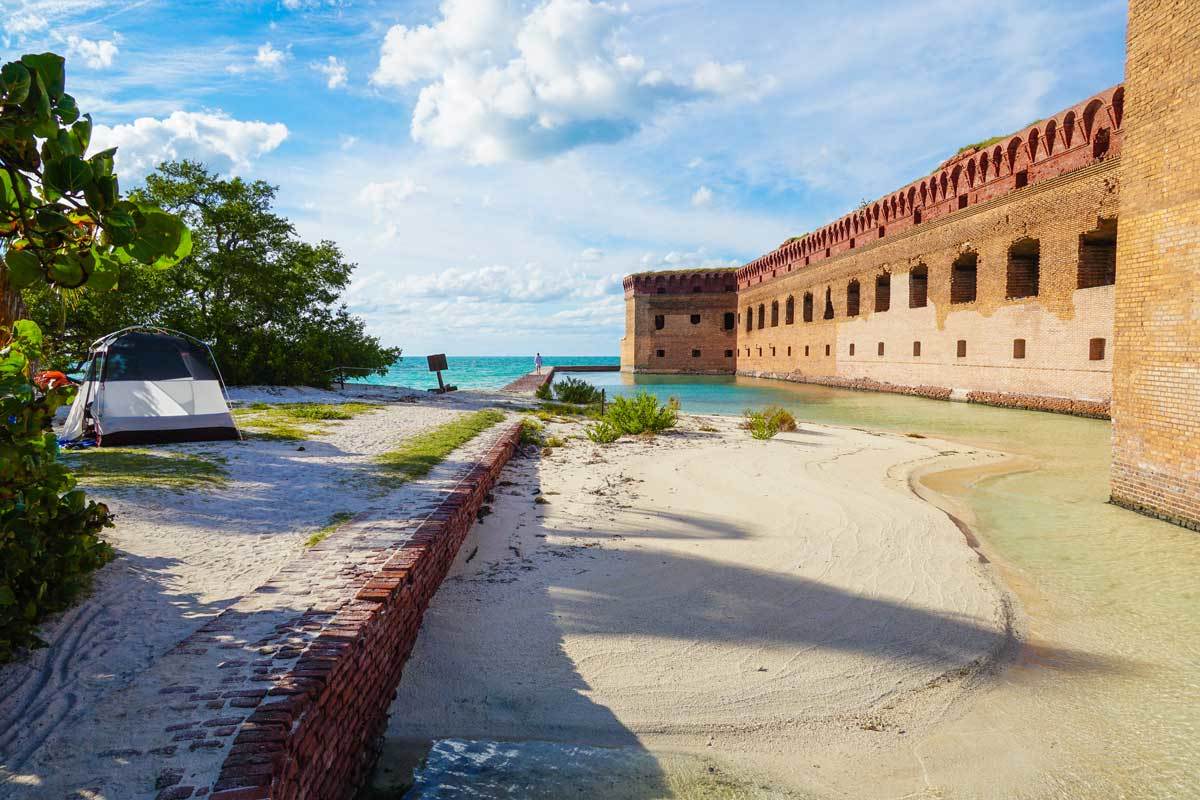 Four and a half hours north of Las Vegas, Great Basin National Park delivers natural wonders from the cosmos to underground. The International Dark Sky Park, an accolade it earned thanks to its low light pollution and clear views of astrological phenomena, offers particularly heavenly views from Wheeler Peak. Hikers can reach the 13,063-foot summit via an 8.6-mile hike; however, many visitors ascend via Wheeler Peak Scenic Drive (June to October). From there, travelers can take in panoramic views of the park’s mountain slopes, which contain stands of bristlecone pines, the oldest living organisms on Earth. The sights are just as impressive below ground, where tours of Lehman Caves reveal elaborate stalagmites, stalactites, “soda straws,” and other formations.

The island of St. John is popularly thought of as a polished resort destination; however, more than 60 percent of the island is set aside as a rugged national park. Entering through Cruz Bay, Virgin Islands National Park protects rainforest hikes, sandy beaches, and complex coral reefs (a marine reserve lies offshore). The 20-square-mile park is more than a tropical playground; the landscape delivers a history lesson, too. Travelers may hike to plantation ruins that date to the island’s sugar trade days, as well as ancient petroglyphs the Taino people left.

Set in the middle of South Carolina and only 30-minutes away from the city of Columbia, Congaree National Park feels like a faraway wilderness. In fact, its stands of towering loblolly and white pines, and swamps make it seem like a fantasy movie set. The park is also home to 130-foot-tall bald cypress, and it contains the most ancient stands of old-growth cypress of anywhere in the world. Elevated board walks meander through its towering forests. The 2.4-mile Boardwalk Loop offers the shortest tour and departs from the visitor’s center. For another type of trail, paddlers can follow the 15-mile Cedar Creek Canoe Trail deep into the forests on a float to the Congaree River.

Visitors may come to Pinnacles National Park for the geology, but they’re also treated to remarkable fauna and flora. Volcanic activity 23 million years ago created a weird and wonderous landscape of rock spires, towers, canyons, and even caves. The park boasts colossal talus caves, which boulders created when they lodged in narrow canyons. Visitors can hike to and through Bear Gulch and Balconies Caves. Townsend’s big-eared bats frequent these caves, so they’re sometimes closed to visitors. Travelers can also spot California condors, California red-legged frogs, and more than 100 species of wildflowers in the park. 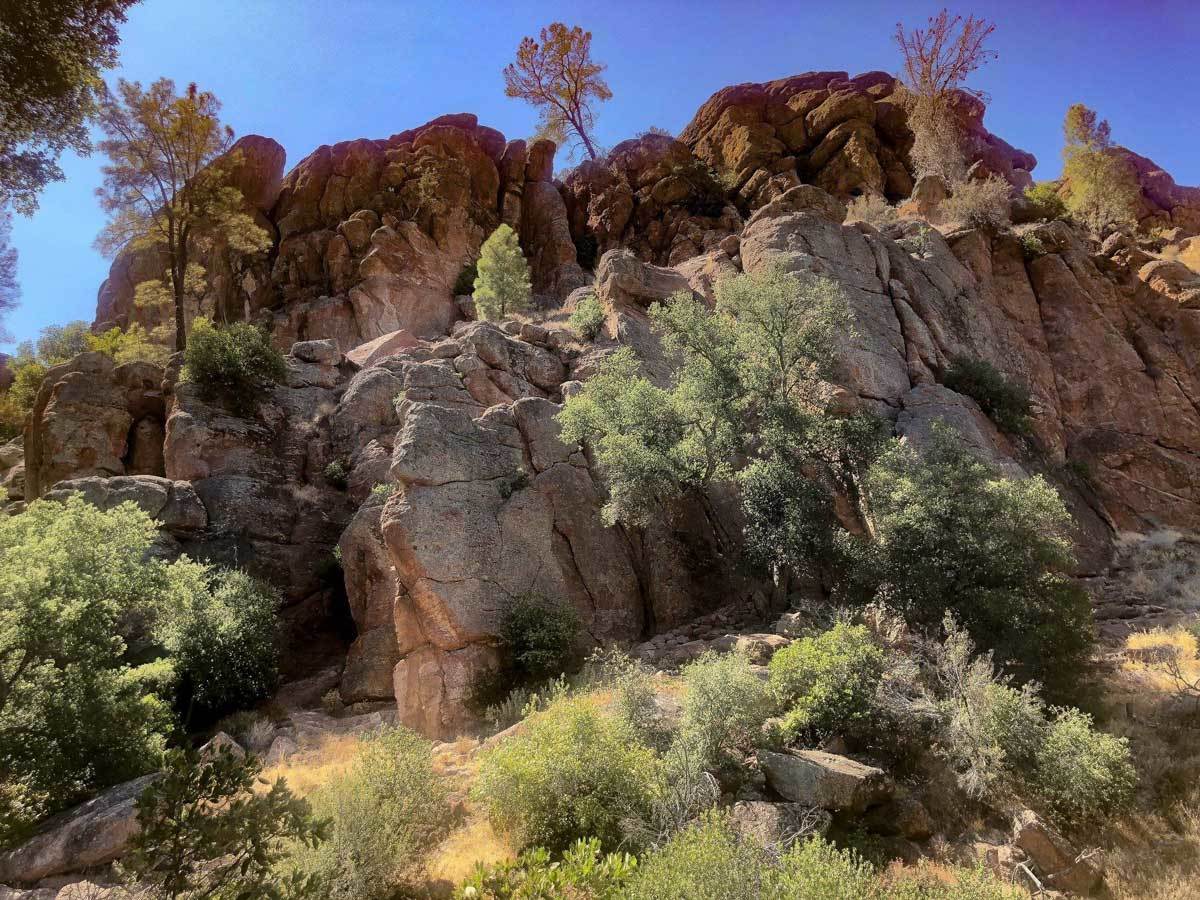 Texas isn’t just made up of plains. It has peaks, too, and four of the state’s tallest lie within the boundaries of Guadalupe Mountains National Park. Guadalupe Peak, the highest in the Lone Star State, looms large. An 8.5-mile hike ascends the summit and offers expansive views over the exposed, ancient fossil reef bed that makes up the park’s landscape. The relatively few visitors who venture are rewarded with true solid among craggy peaks, sand dunes, and desert canyons sprawling across the Texas-New Mexico state line.

Keep in mind: Due to evolving COVID-19 conditions, check the park’s website in advance of your visit to ensure it’s open. The CDC recommends following social distance guidelines within parks and wearing cloth masks when social distancing isn’t possible. Finally, many national park gateway communities are small, rural towns. Be sure to follow local guidelines for mask wearing and social distancing to keep residents safe.

Best spots for fall foliage in the South and…

These are fall’s most popular US camping destinations

Revealed: The Destinations People Are Itching to Get…