I Was In A Medical Research Study

Welcome back to another exciting and fun article in the Side Hustle True Story series. In this series, I go into detail about some of the more interesting side hustle jobs I have done in the past.

Some of these jobs were well worth it and a lot of fun. Other side hustle jobs were a total failure!

When I compiled a list of 25 ways to earn extra income, I chose not to include every side hustle job I had ever done because some of the jobs were a little odd. While this wasn’t exactly a side hustle, this study still generated income.

I Participated In A Medical Research Study

Have you ever seen a commercial on TV for a drug or medication? The drug will solve 1 problem, but possibly have 20 side effects?! Those side effects come from a wide range of people like me who participated in a medical study and tested a drug. 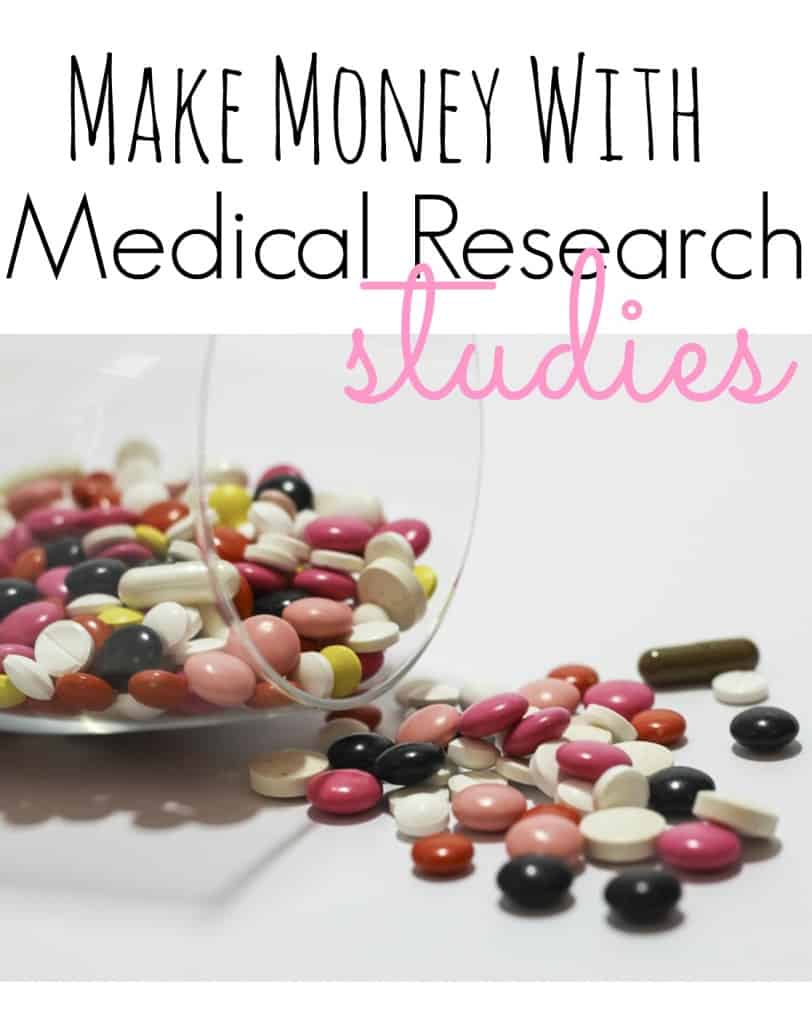 While I know some people are wary of medical studies, the clinic, and maker of the drug must disclose the stage of testing to the participant. By the time I took the medication and participated in the trial, I was at the last level of testing. This meant the pharmaceutical company was thisclose to pursuing approval of the drug.

The Side Hustle Challenge

Join a tribe of people that learned how to earn hundreds (and even thousands) of dollars in side hustles!

Success! Now check your email to confirm your subscription.

How Did I Learn About The Study?

I had heard of medical studies but never knew how they actually worked. I did a basic Google search for medical studies in my city. I found a few different companies in my area that were conducting studies and researched each clinic endlessly. Many studies are also listed on Craigslist.

Most companies list all their medical studies online in detail. This included who was conducting the study (usually a doctor or group of doctors), the trial duration, and what kind of participant the clinic is looking for, such as male or female, age range, smoker or non-smoker, etc.

How To Apply For A Medical Research Study

I applied for a study by signing up online and requesting a meeting. The meeting took place at a clinic and lasted for an hour with a recruiter. During the meeting, the recruiter asked me a series of questions and basically screened my answers to see if I would be a good fit for the study.

After it was deemed that I was a good fit for the program, we made an appointment for me to get started the following week!

My study was really easy! For the first month, I had to come to the clinic once a week. Although the medication would take 4-6 weeks to kick in, I still had to check in each week to make sure there weren’t any crazy side effects, like being allergic to the drug or developing suicidal thoughts.

I scheduled each meeting first thing in the morning before I headed to my day job. Each meeting took an hour and I was with the same nurse each week for the duration of the study.

I had to provide a urine sample (if I did drugs or smoked weed I would be kicked out of the program), give a blood sample, and have my vitals checked. I also had to orally answer a bunch of questions over and over again for the study that were mostly yes or no and rated on a scale of one to ten.

Where Was The Study Located?

The clinic was located in a regular commercial office building. I was under the impression drug studies were conducted at hospitals or more clinical-sterile like environments. I was really worried I was going to be around sick people and germs, so this was a pleasant surprise.

How Much Money Did I Make?

Since this wasn’t a job, I was compensated for my “time.” At each appointment, I was given a $75 check. For the first month, I had weekly appointments. Afterward, I had appointments every other week for the next five months of my study.

Because my study went so well, I was asked if I would like to continue on the medication for a new study. Once my study ended, it immediately rolled over into a new study. The only difference was I only had to check in once a month with the clinic instead of every other week. The study lasted four months and I was paid $75 each visit as well.

Oh – and in case you were wondering- being compensated for my “time” was different than being paid for “work.” I wasn’t issued a 1099 and no taxes had to be paid!

What Drug Did I Take? Did It Work?

I had to sign a nondisclosure statement that said I wouldn’t reveal the name of the drug I was taking. I will say that it was a drug I was willing to try as it was similar to other medications I had taken previously from my regular doctor.

What I liked about the medication was it wasn’t a one size fits all drug. Basically, my doctor and nurse were able to adjust the dosage to make sure the drug was really working for me.

Once the study ended, I was given a 90 day supply of the medication. Once I was out of medication, my research study doctor also prescribed me a similar drug so I could continue the medication if I wanted to.

Surprisingly, there weren’t too many negatives regarding the medical study. The only downside was I had to give a blood sample at every appointment. I was not a fan of being pricked!

Would I Participate Again? My Overall Thoughts On Medical Studies

I went through a phase where I did not have health insurance, so it was perfect timing. I also knew I was the perfect candidate for the study; otherwise, I wouldn’t have applied. I can’t imagine applying for a study and faking my symptoms (this occurs pretty frequently)! The medication really worked for me and I had zero side effects.

Would I participate in another medical research study? Yes! I had a great experience with the clinic and employees, the drug worked and I was even compensated for my time.

The Side Hustle Challenge

Join a tribe of people that learned how to earn hundreds (and even thousands) of dollars in side hustles!

Success! Now check your email to confirm your subscription. Please remember to check your spam and promotions folder as well as “whitelist” the email address!

Have you ever side hustled?

Kristin, is the creator behind Believe In A Budget. She teaches others how to start a blog and how to side hustle. Her course, Pinterest Presence, helps bloggers + businesses drive traffic to increase their website’s profitability. Click here to learn more!

How To Plan a Vacation Without Going Broke

How To Eat For Free